Scala is a JVM language that is a hybrid of Object-Oriented and Functional styles.  It is useful as complete general purpose replacement for Java.  But its built-in Actors library makes it especially attractive for concurrent computing.
In this day and age of multi-core processors, concurrent computing can't be ignored.

Many of Scala's features have been designed with concurrency in mind, primarily a preference for immutability and the use of other functional language paradigms.
Some of these may not be unfamiliar to Objective-C or WebObjects developers.

Scala can help you to write thread-safe code.
It has concurrency that is built-in to the standard library, primarily via Actors.

So for WebObjects developers, Scala offers itself as a powerful, safe and easy-to-use solution for concurrent applications. (In other words, Scala Actors can be used for problems that would have normally required threads).

However, tool support is a weak point.  You should use Eclipse 3.6 with bundle-less WO builds.  If your Application class is in Scala then you will have to create an Eclipse launch configuration manually.  One weird thing is that once you add the Scala nature to a WO project WOD completion will stop working - this is unfortunate.  Also the Scala plugin is rather slow and still very buggy.

So you don't have to worry about synchronizing access to shared mutable fields in a concurrent application.

An example of accessing variables in WebObjects with the following languages:

Then you can access the typical Scala collection methods directly on NSArray.  This employs a feature of Scala known as implicit conversions to automagically cast a NSArray (a Java Iterable) into a Scala Iterable while leaving the actual object unchanged.  Alternatively, you could generate an actual new scala.List instance by calling myNSArray.toList. 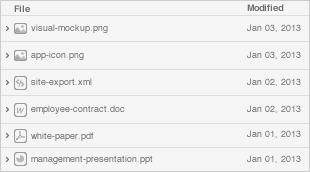 Application can be made into a Scala class as well, but then you will have to create a launcher in Eclipse manually.