This script can be used for WOLips 3.3.x only, the build.xml in WOLips 3.4.x and later already have the split install/embedded stuff built-in.

For WOLips 3.4.x and later, while embedding is built-in, it's not enabled by default. To enable embedding:

There is a known bug with WO 5.4.x (for those not using the latest Wonder release) regarding proper linking to your web server resources within the embedded frameworks. The WOFrameworksBaseURL isn't set correctly. To do this you'll need to programmatically set this within your Application constructor.

This script only works with the modern WOLips project format and the WOnderApplication project template format (since the layout of regular projects is now similar to Wonder layout). However the script is easily changed to accommodate the "old" standard format by changing the dir names in the script (for example "Sources" in the new project layout was "src" in the old layout) 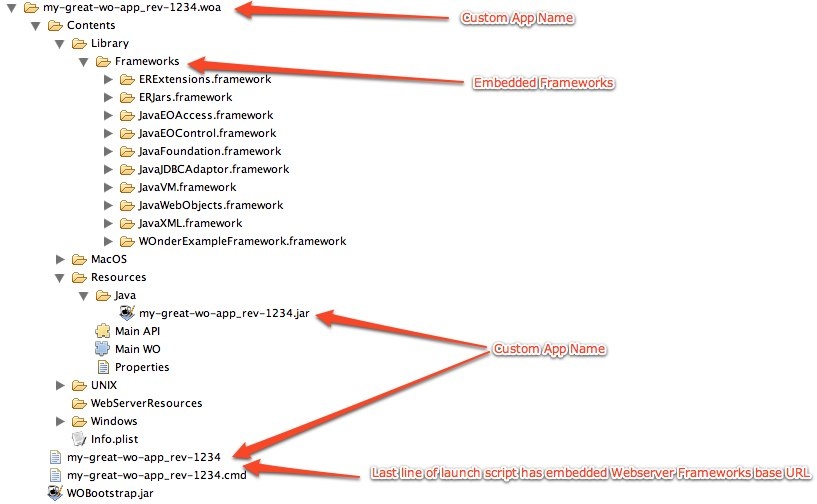