This script only works with the modern WOLips project format and the WOnderApplication project template format (since the layout of regular. However the script is easily changed to accommodate the "old" standard format by changing the dir names in the script (for example "Sources" in the new project layout was "src" in the old layout) 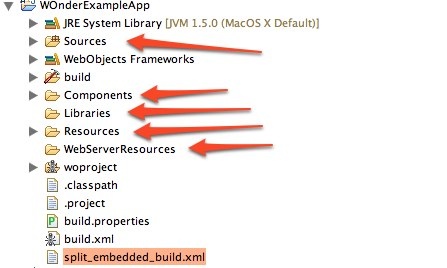 , you will not break anything by dropping this script as is into your project and trying it out. YOu can just use it as is without replacing your default build.xml