Note: There is actually no need to download Mike's templates as described below unless you want to customize them. WOLips includes two sets of default templates in the .jar files (so don't bother searching your file system for them) - one as described below and another for use with WOnder. If you are using WOnder, you need to follow Mike's instructions for their use: "Where it says "Entity.java" and "_Entity.java" you can use WonderEntity.java and _WonderEntity.java ... If your individual .eogen files override that, you will have to set it in there also". If you leave the "EOGenerator Template Folder" field empty, it will use the default templates... 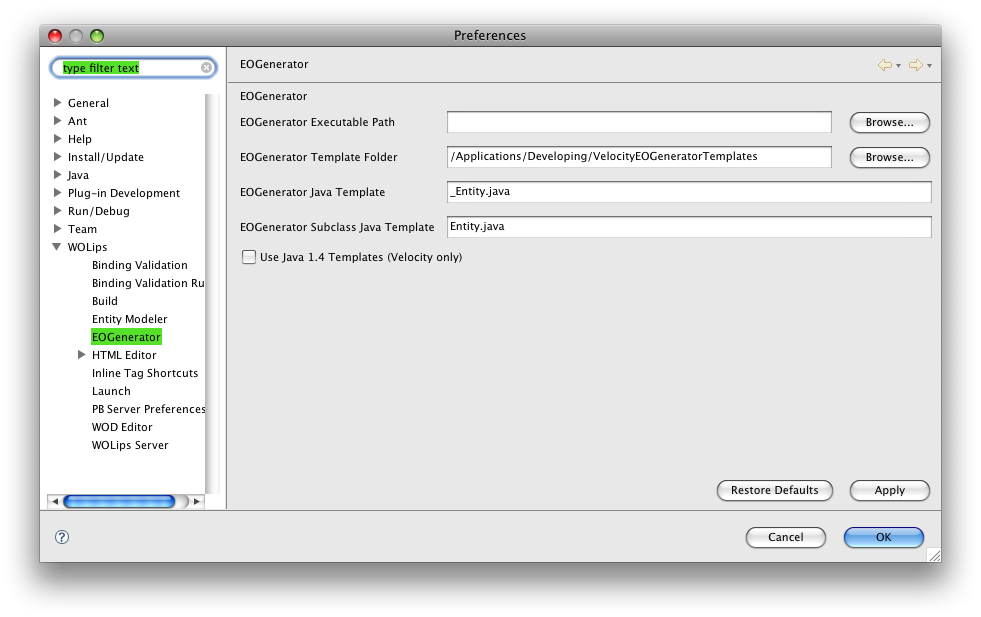 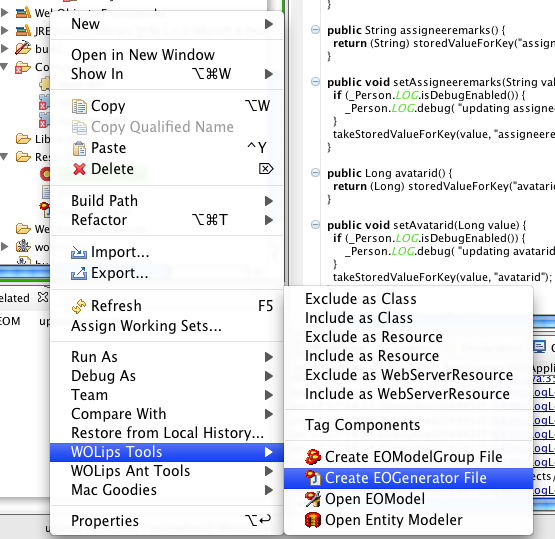 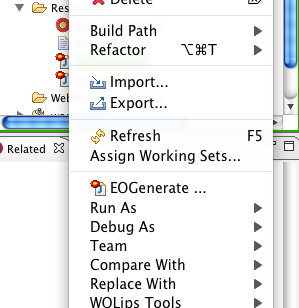 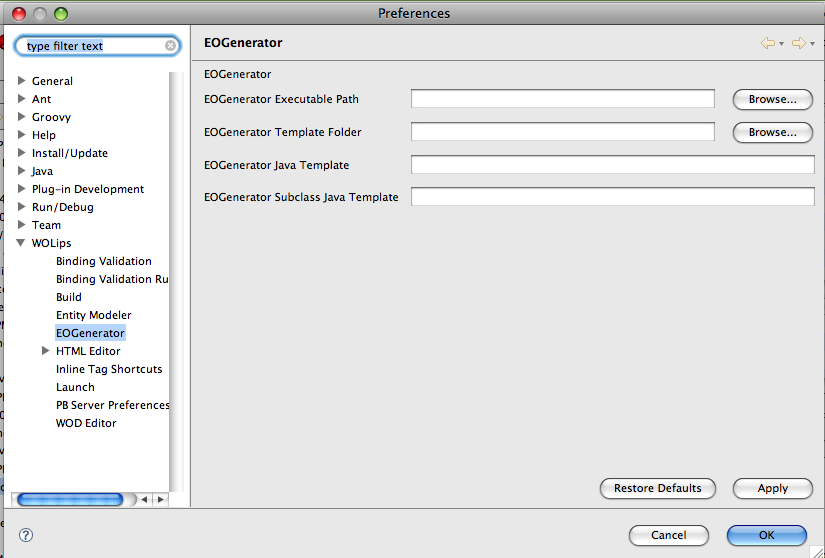 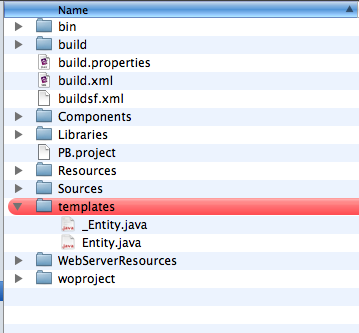 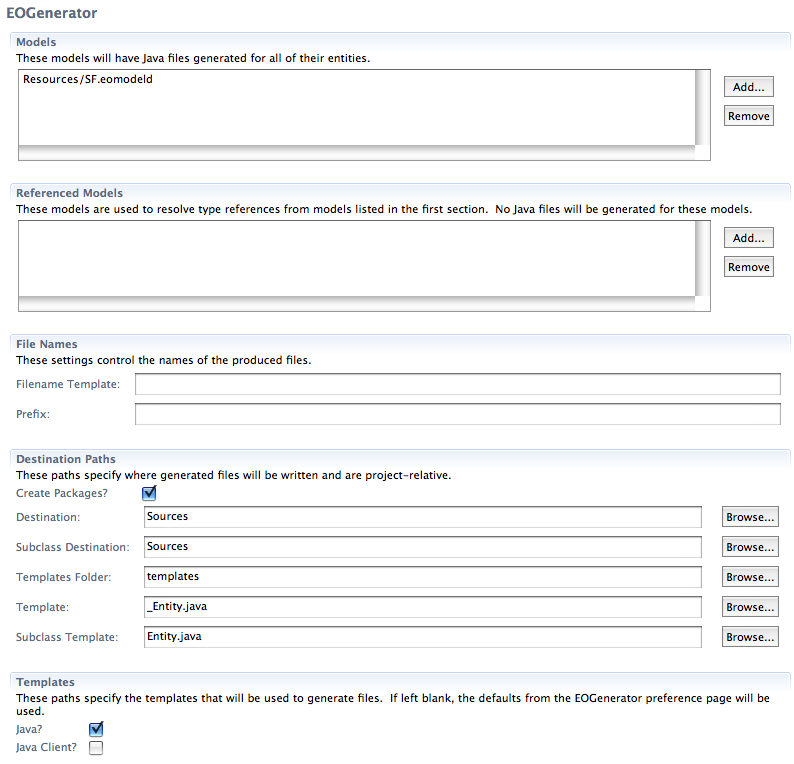 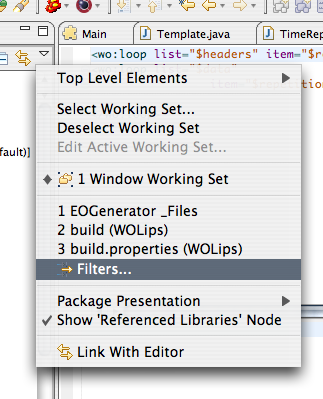 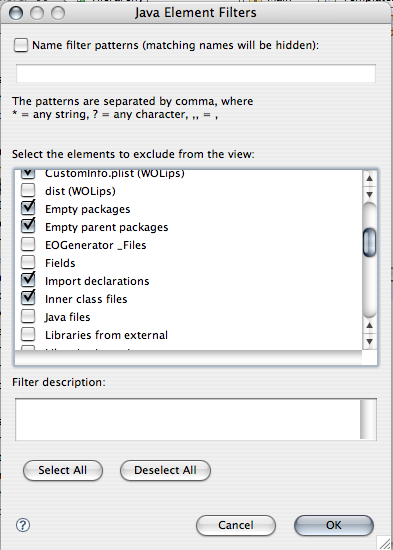